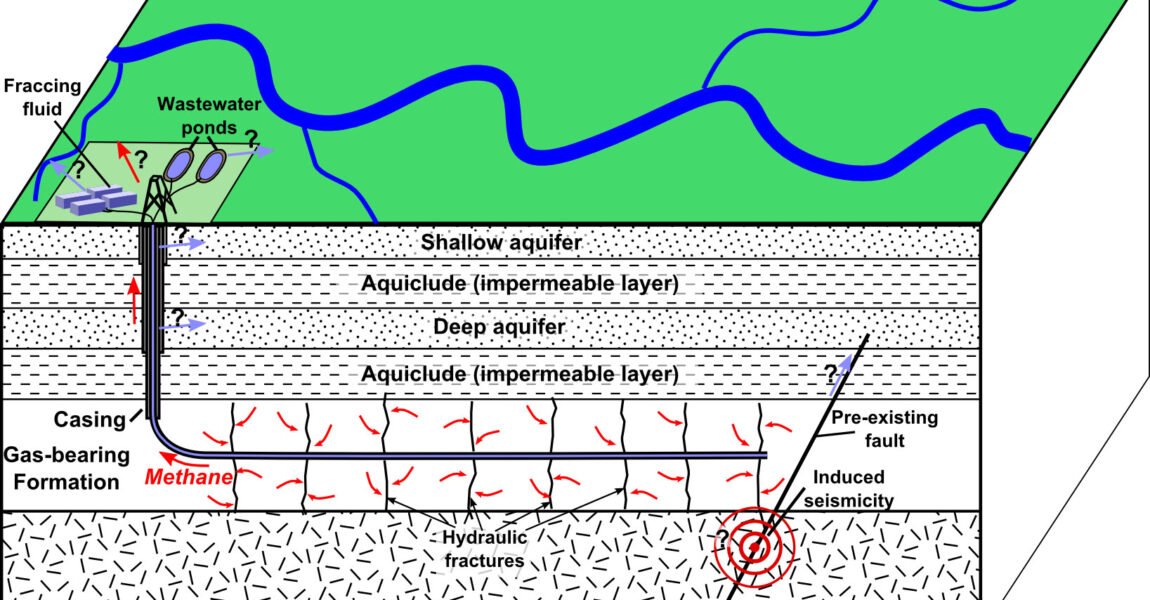 AGL has attributed large fluctuations of groundwater levels at its coal seam gas monitoring bores near Gloucester to the effects of sampling but water experts say more information is needed before interference with the water table caused by fracking can be ruled out.
Data tables released this month by AGL show that groundwater levels in one monitoring bore located about 400 metres from two pilot CSG wells varied as much as 7.8 metres in November and 3.5 metres in December between maximum and minimum levels.
A separate AGL graph of the bore – WKMB03 – suggested, though, the December fluctuation was as much as 8.8 metres. Other bore readings showed changes of between 3.3 and 5.8 metres during the months monitored.

These changes in water levels are caused solely by the water sampling process and are in no way indicative of the hydraulic connectivity of shallow aquifers with deep coal seams,

Water levels recovered to baseline levels “within a few hours, days or weeks post sampling”, he said, adding that a website provides “quality information” for the public to monitor impacts.

The NSW Environment Protection Authority, though, said it was conducting its own probe of the monitoring results of the four pilot Waukivory wells, including levels of two fracking chemicals that are supposed to be not detectable under AGL’s pollution licence.

“The EPA’s expert hydrogeologists are reviewing the monitoring data and AGL’s responses to the EPA’s investigation,” Mark Gifford, the EPA’s Chief Environment Regulator, said. “As the investigation is ongoing, the EPA is not in a position to provide further comment at this point.”

Within the government, AGL’s plan to drill as many as 330 CSG wells near Gloucester is seen as more problematic than the company’s existing field at Camden or Santos’s proposed field near Narrabri because of the area’s complex geology.

A background paper for Chief Scientist Mary O’Kane found that without better mapping of the known faults in the Gloucester region, “it was reasonable to assume that the fault zone would provide pathways of hydraulic connectivity from the coal measures to the near surface”.

Hydrologist Philip Pells and anti-CSG group Groundswell Gloucester say their efforts to get more monitoring information from AGL have been unsuccessful.

“The licence requirements on groundwater level reporting are inadequate and do not allow scientific evaluation of the data,” Dr Pells said. “The borehole monitoring results that are available to the public are insufficient to reach any conclusions.”

The public should have access to continuous data on the transmission of pressure through the groundwater resulting from fracking, and how that is affecting water tables, Dr Pells said. Similar information is needed on how fluids used in hydraulic fracturing – or fracking – move would also help show whether drilling was affecting existing faults, he said.

A spokesman for Energy Minister Anthony Roberts said “there is no evidence to suggest that aquifers are being affected by drilling”.

“In particular, the bore hole water monitoring results are not indicative of any negative changes to the water supply,” he said.

“The scientific questions keep mounting – and while the government steamrolls over community concerns, Labor considers it an absolute necessity to declare a moratorium on this industry.”

Jeff Kite, a retired water resources engineer and Groundswell Gloucester member, said it was “a disgrace” that almost four years after the conditional approval of AGL’s project, the size and extent of environmental impacts remain unknown.

“For large coal mining projects, the detailed computer modelling showing potential damage to rivers and groundwater would have to be done before the government gave approval,” Mr Kite said. “So it is very difficult to understand why AGL’s Stage1 has been given conditional approval by the State and Federal Governments without such results.”

“The Greens believe impacts on groundwater are inevitable and unacceptable which is why our policy is for a complete and permanent ban on coal seam gas,” Mr Buckingham said.